Dave Bangert pulled me from the idled photographers’ bull-pen and asked me to go out to the Tippecanoe County 4-H Fair, for his community journalism project; Based in Lafayette. Here is what I found. 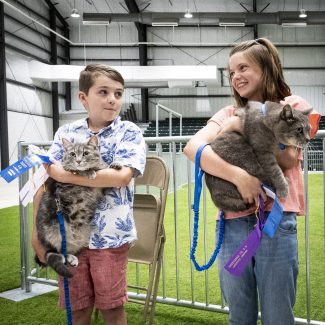 Mero Huffer, 11, with his cat Jenny, congratulates Annabel Smith, 11, and her cat Pippin, which won best of show short hair, in the cat judging Friday morning at the Tippecanoe County 4-H Fair. 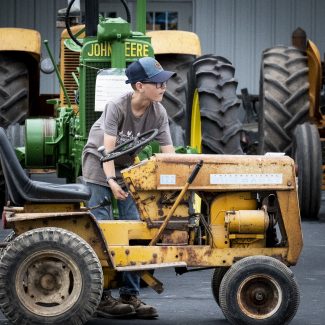 Isaac Dristol adjusts the throttle on his 1966 Cub Cadet lawn tractor before Sunday’s tractor parade. He secured the reserve champion prize in the tractor driving competition. 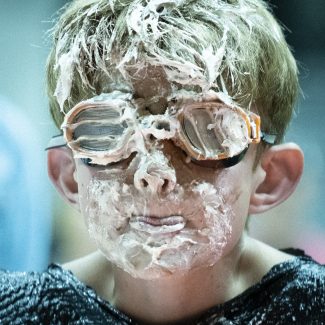 Jaycob Lohmeyer takes a breath during the pie eating competition on Sunday. He was confident he won, but after the remainder of contestants’ pies were weighed he finished well behind the appetite of Kenzie Sheets (left). Lohmeyer brought a dairy cow to the fair and participated in shooting. 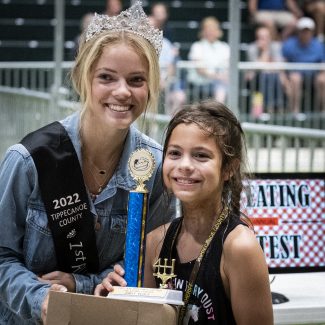 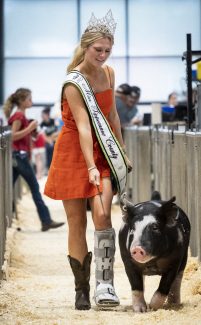 Marya Farrell, 2022 Tippecanoe County 4-H Fair Queen, exercises one of her Berkshire swine on Sunday. She doesn’t name her pigs; she says it’s easier to sell them when they aren’t named. Marya is attending Butler University in the fall to major in pharmacy. 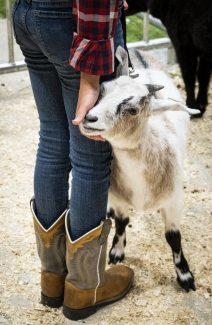 Wyatte Miller’s turn in a wheelbarrow is over Saturday as Cade Cox and Karter Kruger dump him out. They are all in the Tippecanoe County Mini 4-H program.

This entry was posted in Editorial Work, Pets, Uncategorized.